“like two hummingbirds” was written for violinist Nathan Lowry. During the time that I was writing the piece, I mounted bird feeders on the window just beside my piano where I compose. A connection began emerging between the airy, fluttery motion of the birds and aspects of the music. Small, fluttery sounds, such as the many harmonics tremolos, briefly appear suspended in the music, momentarily defying gravity before darting away. I even began to think of the two instruments themselves as being like two hummingbirds: precious, quivering bodies of life. 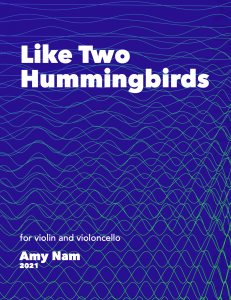 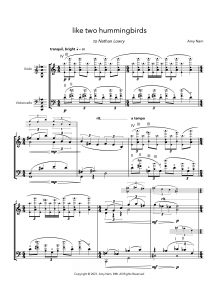